Ants on a Log. Fluffernutters. Classic PB&J. And who didn’t make a pinecone-peanut butter bird feeder as a kid?

We put it on bananas, slather it on french toast and of course eat it straight off the spoon.

No matter what country I’m headed to, you can be certain I’m tossing a couple jars of skippy in my rucksack. Whether it’s for a familiar snack, a quick spoonful of energy, or to tide me over til I figure out the grocery situation, peanut butter exists for me in the gray area between “luxury” and “necessity” when backpacking.

It’s one of those things you don’t realize how much you miss until you wake up with a craving for a nice PB&J. All of the sudden the idea of collecting all THREE ingredients at the same time seems an unbeatable obstacle. Decent peanut butter, fresh sandwich bread, and a jar of grape jelly just never seem to exist in the same place at the same time once you cross the ocean. If a simple sandwich is such a challenge, you can forget about chocolate-peanut butter ice-cream in the summer heat or that big bag of Reese’s cups come Halloween.

Getting peanut butter while living abroad can be a challenge—you can try to make that jar from home last as long as possible, but soon you’re scraping the bottom and praying someone will pay international shipping on a care package full of Jif. Still, sometimes it’s not as far away as you think, so long as you know where to look.

Below is a bite-sized guide to finding Peanut Butter abroad, compiled from both my own PB-hunting adventures and those of my fellow expats:

Canada & United States: In US & Canadian supermarkets it’s hard to miss—peanut butter is spotted taking up a good chunk of the aisle, with various brands, sizes, and flavors.

Mexico: While not as popular as in the rest of North America, PB is still fairly easy to find in Mexico, especially in big-box stores like Walmart, where Peter Pan and Great Value can be found at a decent price.

China: IF a store has it, it’s often found in the sauce aisle near the mayonnaise. Since neither mayo nor PB are popular, they can be hard to spot—and smaller stores don’t care it at all. It’s hard to find western brands, but Chinese peanut butter is decent (if a bit dry).

Indonesia: This one’s tough, guys—despite boasting world-famous peanut sauces and peanut soups, I’ve yet to actually locate a jar of PB in Indonesia. If they’re out there, they’re hard to find.

Japan: Right where it should be, near the breads and jellies. You can even get the giant tubs at Costco in Japan!

Korea: Often found near the bread in the bakery section, surrounded by nutella & banana spreads. Korean peanut butter is actually pretty good and comes in both crunchy and creamy.

Laos: While difficult to find in the store, PB is a surprisingly common topping for roti pancakes (one of the best street desserts you’ll find in SE Asia). You’re best bet at finding it in the stores is near the nutella or by the actual peanuts.

Malaysia: Finally, another country that appreciates PB! Malaysia is one of few SE Asian countries that actually offers variety, often located near the sauces and seasonings.

Philippines: Boasting world-famous peanut spreads that rival American brands, the Philippines are a Peanut-Butter Oasis. Thinner than what North Americans are accustomed to, Filipino PB is a bit grainy and just as sweet.

Thailand: Perhaps one of the easiest countries to find PB in, Thai stores carry multiple US brands including Jif and Skippy, conveniently found near the Jams & Jellies.

Vietnam: Vietnam carries store-brand and local peanut butters which will often be found near the soups & seasonings, and while delicious they are often quite oily and runny.

Argentina: So far, no one I know who has travelled through Argentina has been able to locate PB.

Brazil: Similar to Argentina, PB seems to be a near-impossible find.

Costa Rica: Peanut Butter is often found in the “imported foods” section of the grocery, with many familiar brands.

Peru: While there are rumors that some expats have been lucky enough to find a jar of Peter Pan, American-style peanut butter is almost non-existent in Peru, and unfortunately I’ve never heard the local style described in a manner even close to edible. Your best bet is to look near the condiments.

This site uses Akismet to reduce spam. Learn how your comment data is processed. 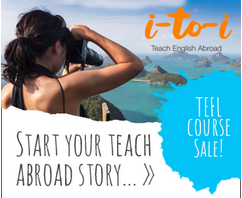 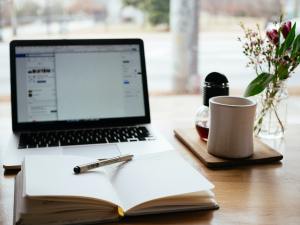 Hello! I'm Liam :) I'm the founder of both tefltravelling.com & whatgluten.com tefltravelling is a place for English teachers who travel the world and whatgluten is a space for those who travel with celiac disease. I hope you enjoy! If you have any questions or comments, please don't hesitate to get in touch!